Rising from the Ashes

While teenage pregnancy rates across the world have declined in the past two decades, the Philippines still shows an increasing trend. In fact, a UN report states that the Philippines topped the regional list of Asian countries that continues to have the greatest number of teenage pregnancies. According to the report, one in ten young Filipino women – between 15 and 19 years of age – is already a mother.

Shane became pregnant with Gab when she was just sixteen years old. As a teenage mom, she had to stop school and give up her dream of becoming a chef in order to care for her baby. She also had to deal with the shock and heartbreak upon learning that Gab’s father was already married and so they could not live together as a family.

When Shane’s parents found out about her situation, they arranged for her to be married to an older man – someone whom they thought could financially support her and her baby, but the security he offered Shane was just temporary. After a few years, he lost his job and found it hard to find gainful and long-term employment.

Soon, basic needs became short. Shane would cry in panic when they would not have enough money for food and other physical needs. She was filled with fears and worries, which she tried to relieve by smoking a pack of cigarettes a day.

Shane was introduced to Tiwala Kids & Communities when Gab got involved with Tiwala’s enrichment classes in May 2014. When Shane found out that Tiwala also has sessions for parents, she started attending because she sensed her need for encouragement.

The small group not only offered emotional support to her but also helped her draw closer to God. She shared that through her newfound personal relationship with the Lord, she found hope and strength that helped her cope with the challenges she faced. Aside from the small group sessions, she also started attending Tiwala’s partner church regularly. This has further helped her grow in her faith in the Lord.

That faith was tested last June when Shane and her family saw their house burned to the ground. They were unable to save any of their belongings and were left with no place to call home.

In the midst of the trial, Shane remained strong because she knew that her life is anchored not on material things, but in the bedrock certainty of God’s goodness. Instead of being bitter about her difficult life, she continued to put her trust in the Lord and in return, experienced the peace that surpasses understanding.

And true enough, God has been helping her family rise from the ashes. After a month of staying with relatives, someone offered a rent-free room for her family. On top of that, she was also hired to manage the building where they now live. Her daughter Gab is still under scholarship sponsored by Tiwala. Her husband has also started to manage a small fishing business in a nearby island.

Shane now uses her time and energy serving God and others. She is now one of the worship leaders in their church and also trains others to use their talents for the Lord. She is an active advocate of Tiwala’s programs in her community and offers emotional and moral support to other mothers. From someone who has had her dreams shattered repeatedly, Shane has not only found the hope and courage to pursue God’s plan for her family but she is also helping others do the same.

Thank you for partnering with us so we can reach out to people like Shane. Your prayers, encouragement, and support help us to make a difference in their lives. May the Lord continue to bless and use you as a channel of blessing to others! 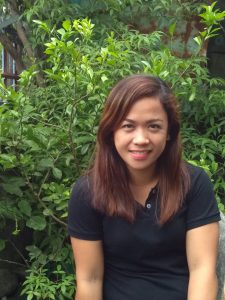